Have you booked a cruise that is scheduled to stop in Cobh or Ringaskiddy? Maximise your limited time visiting Cork and book a private cruise excursion with MunsterBus Tours. We offer private customised tours for families and friends arriving into Cobh or Ringaskiddy which are approximately 7-8 hours in duration. With the usual time constraints of cruise excursions, we only visit attractions in Southern Ireland on these days ensuring you never feel rushed and have an amazing experience on tour. We can accommodate all private group sizes from singletons, couples and larger parties (up to 16 persons) with our fleet of Mercedes vehicles. We have the two most popular itineraries listed to give you a flavor of what wonderful Southern Ireland has to offer but of course we can work with you to create a bespoke cruise excursion to suit your specific requirements/interests also. This is a very cost-effective way for groups/families to explore the area privately, enjoying the company of those you choose to be on holiday with. Do get in touch today for your complimentary bespoke itinerary and let the journey begin! Professionalism: Passionate, experienced and knowledgeable tour guides Expertise: A leading tour operator you can trust. Quality: Great value and cost-effective way for small private groups to explore southern Ireland. Convenient: Port pick up with private transportation Service: Excellent customer service on hand to answer you queries promptly and efficiently. Personalized: Bespoke itineraries to suit your pace/interests. Reliable: Return to ship on time.

You will be whisked from your ship to Blarney Castle, where if you are brave enough you can kiss the Blarney Stone, said to give the gift of eloquent speech!

#Useful (Possible) Fact: When Elizabeth 1st tried to persuade King Cormac McCarthy (he of Braveheart fame) to part with his beloved castle, he continually made excuses, prompting her to declare that he was “talking a load of Blarney.” The castle is surrounded by a lake and wonderful gardens, as well as Blarney Woollen Mills, the biggest Irish souvenir shop in the world.

Then it’s on to Cork City—or “the real capital,” as it is known locally. Draped across several hills and steeped in history, Cork has developed into a very cosmopolitan city. It boasts the second-deepest port of any city apart from Sydney. Enjoy the delicious ambiance of the famous English Market, a traditional working market dating from Victorian times with some stalls owned by families for generations. Listen to the bells of St. Finbarr’s Cathedral, named after the city’s founder and marked by a spectacular golden angel.

Delicious aromas await you in Kinsale, Ireland’s gourmet capital. We arrive via Charles Fort,a star-shaped fort instrumental in the defence of the coastline during the Spanish Armada of 1601. There are stunning views over the town and sea from here and definitely a must for a photo opportunity. The Old Head of Kinsale is home to one of the world’s most celebrated golf courses, a favorite of several former U.S. presidents and a great stop for lunch and maybe a tasty pint or two. 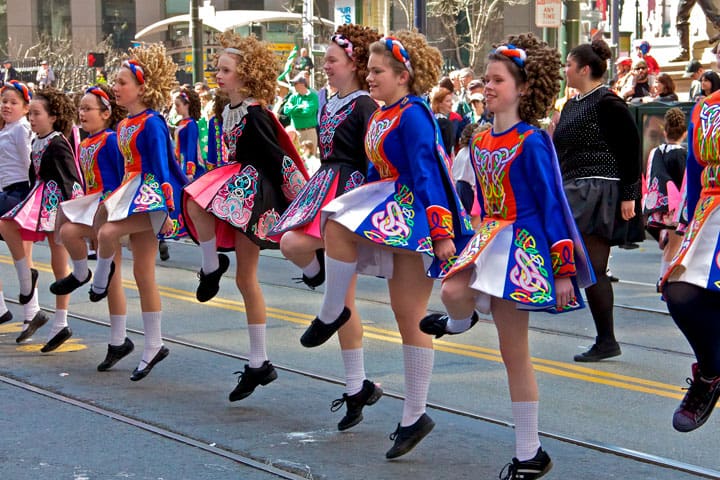 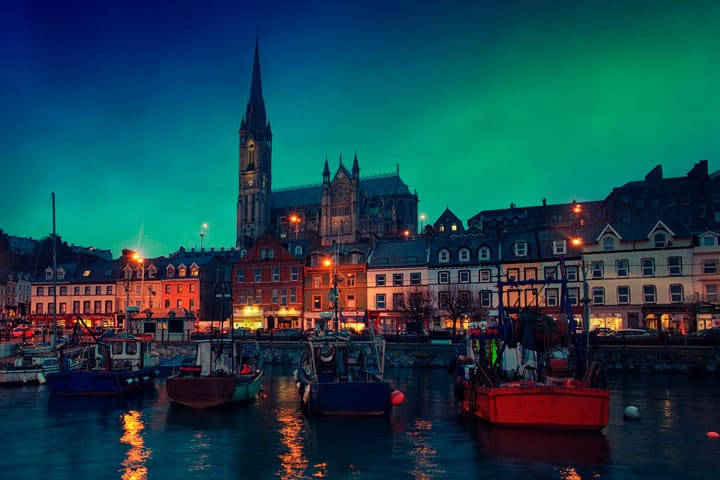 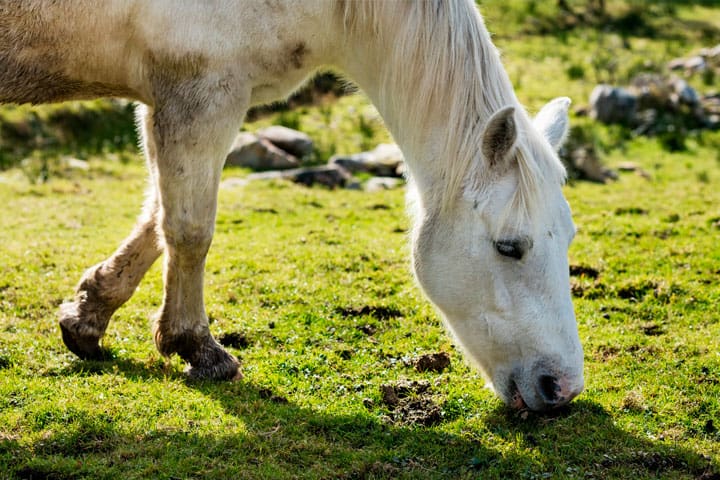 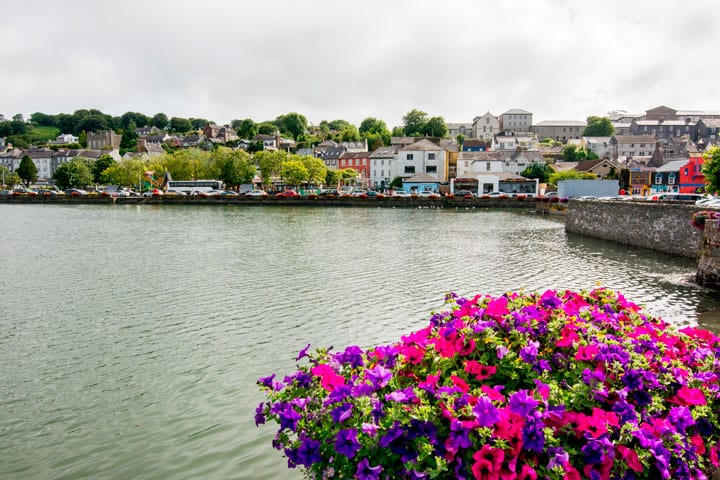 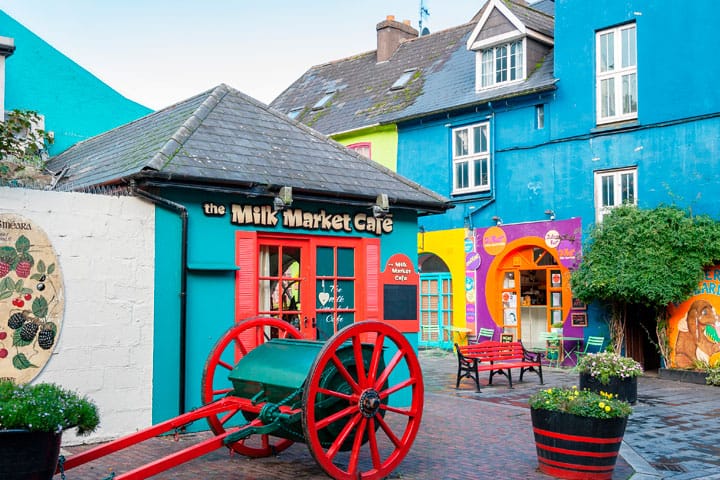 From Cobh or Ringaskiddy cruise terminals we first take a panoramic tour of Cork the second biggest city in Ireland with its Cathedrals and open markets including the wonderful English Market, this was recently visited by Queen Elizabeth. This would be followed by a drive to the coastal town of Kinsale the ‘gourmet capital of Ireland’ for lunch. Kinsale is a colourful marina town and the start of the Wild Atlantic Way with wonderful meandering little streets to explore with an abundance of shops, pubs, restaurants and little cafes where you could sit and watch the world go by…. We would also stop off @ Charles Fort, a star shaped fortress steeped in history with spectacular views across Kinsale, a great photo opportunity! We would then make our way to Midleton to visit The Jameson Distillery, enjoy the very scenic grounds on site before your tour, this fascinating story brings Jameson’s rich heritage to life as you learn about the process of distilling, aging and blending whiskey. Leave the distillery in high spirits after a complimentary tasting returning to port that evening after a very memorable day on tour.

Please note, you would need to pre-book your tickets for the distillery tour, we can arrange a suitable time for same if you do wish to secure this excursion. 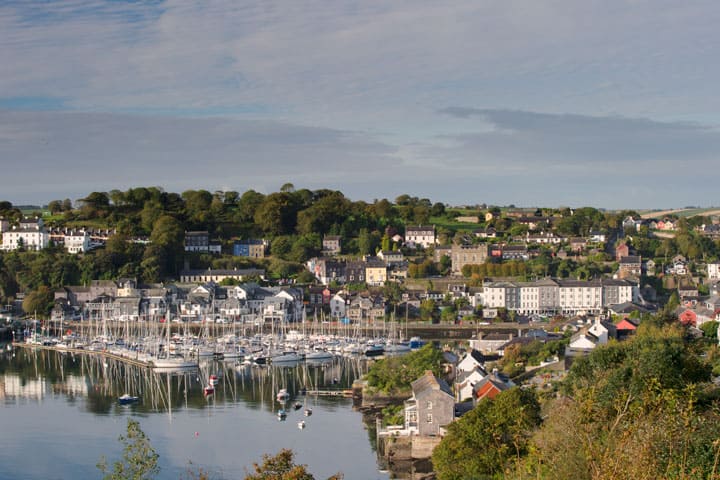 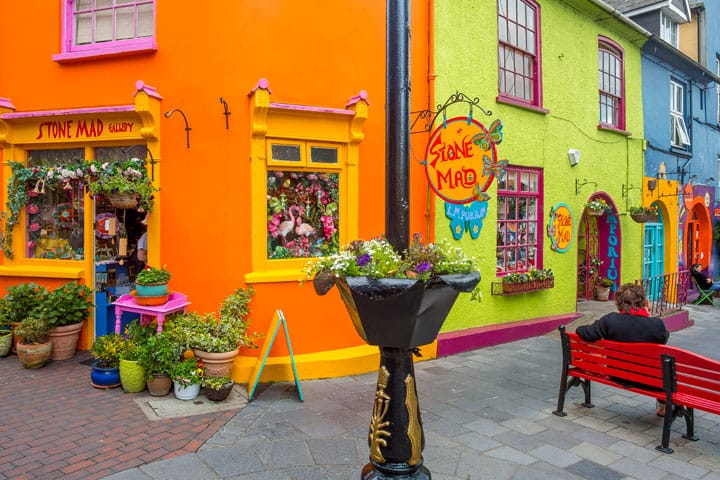 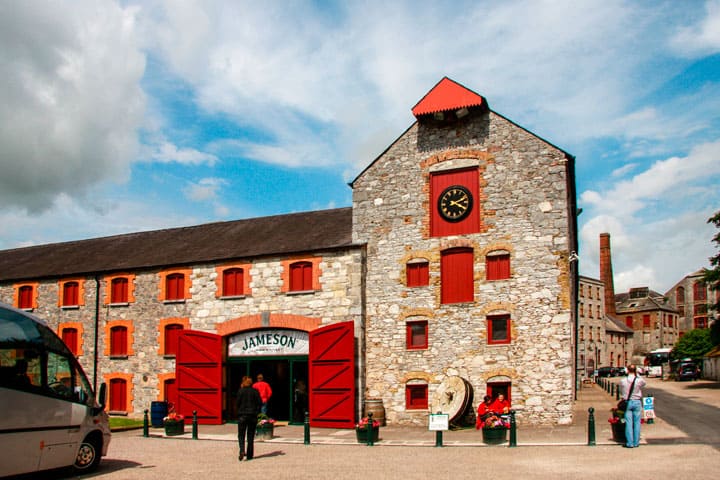 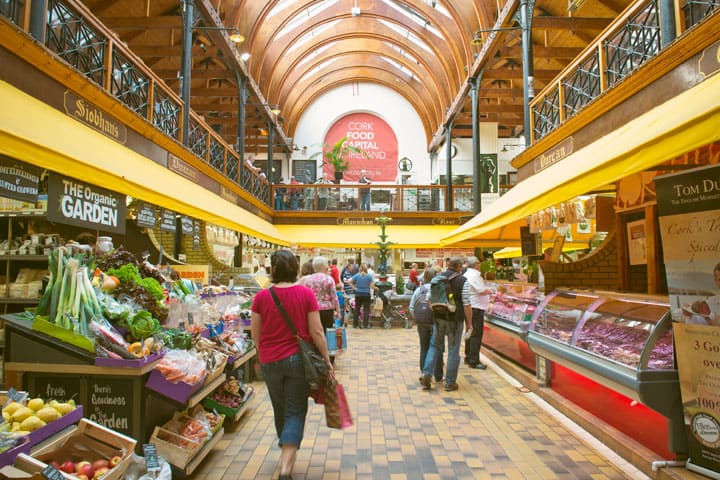 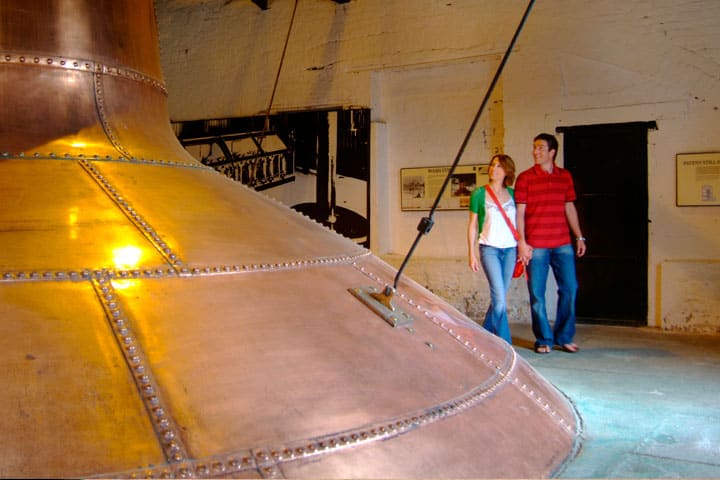 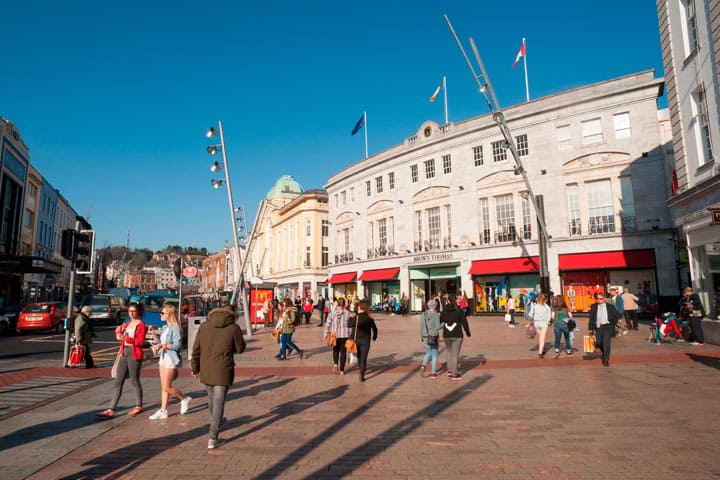